The millennial question in the era of pollution is all about to get rid of mucus in nose. It’s about Excess Mucus – Causes, Symptoms, Treatment, and Home Remedies

Mucus is gross and discomforts if it comes out in excess, headaches, tiredness, sore throat, and whatnot. All you might want is to get rid of it and get back to breathing normally again.

Still, this thick, sticky stuff inside your nose is something that the body needs. Your body uses mucus to keep itself moist inside and as a protective shield against invading germs. So something that we consider as waste and blow out from the nose turns out to be highly essential stuff for health. However, excess mucus production is a cause of concern and also interferes with our daily lives. 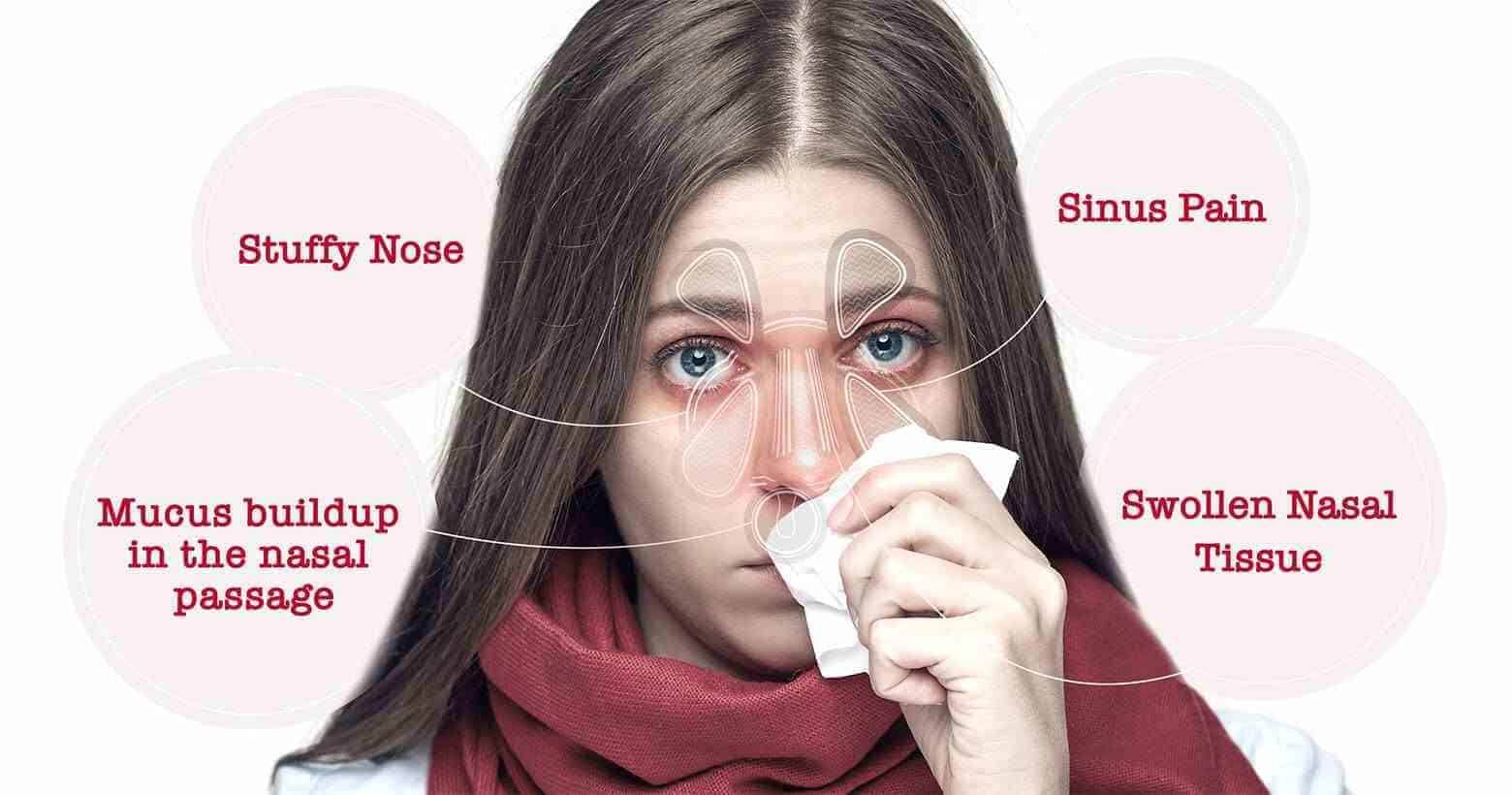 Mucus in Nose – Treatment and Causes

Did you know that mucus is always produced by the body? It is a continuous process. The linings inside of your nose, sinuses, lungs, stomach, etc. produce mucus throughout the day. You happen to notice it only when you get an infection, and the nasal mucus production shoots up to fight it.

A healthy body produces 1.5 liters of mucus a day for its functioning. But where does all this mucus go? Simple, you swallow it back, and it ends up in your stomach, harmlessly.

Major causes of the excess mucus in the nose

Mucus is always there in the nose. But you notice it only when there is an excess production causing a runny nose or nasal discharge. What causes the overproduction of mucus in the nose?

Anything that irritates the nasal lining can cause nasal discharge.

Apart from this, a runny nose can also be caused by pregnancy, dry air, tobacco smoke, and drug addiction.

Mucus can be defined as the slippery secretion, rich in mucins, water, and proteins, produced by the mucous membranes to moisten and protect. It also contains the debris in the nasal passageways. It is made of 95 % water and filled with antibodies.

Mucous gets its gel-like consistency from the mucins. It is secreted mainly inside of your nose and sinus. But mucus is also produced by other lining tissues in organs such as the esophagus, lungs, urogenital organs, and cavities. Here we call it phlegm.

It serves an important function of moisturizing these critical organs and preventing them from drying out. It also acts as a protective agent by trapping the dust and bacteria and killing the bacteria with its antibodies.

Excess mucus in the nose causes a number of discomforts, and turning to home remedies for removing it is the first step you should take.

Additionally, you might have a decreased sense of smell, sneezing, and nosebleeds.

How to Identify Mucus in Nose is Good or Bad ?

Color of the mucous talks a lot.

How to get rid of Mucus in Nose – Treatment of Mucus

Effective treatments for the excess mucus in the nose

The treatment depends on the cause of excess mucus. If it is a viral infection, it will clear on its own in a few days. You can drink lots of fluids to help the body heal fast. In the case of stubborn infections, a course of antibiotics and other treatments might be required.

Try the following treatments to get rid of nasal mucus.

We’ve shortlisted a product after conducting various tests. This product is easy to use and could easily help you in getting rid of mucus in nose.

You just need to dissolve 10 Gram Powder in Jar full of Water. After dissolving the powder using the spoon given. Just insert the jar’s end to your nose and suck and blow water from jar using nose. Its as simple as that. You can buy the miracle product using this link

Clear the excess mucus in nose with these home remedies

You can try these effective home remedies for removing the excess mucus.

A healthy body requires mucus. You have to be concerned only if the mucus is produced in excess and brings physical issues. If these preventive steps and remedies are not resolving your problem, then it is advised to consult a doctor for examining the underlying cause. Your doctor can do an accurate assessment and prescribe the right remedy.